‘Limited viewpoint portrays only a narrow window to Kuwait’

As soon as you pick up a copy of the National Geographic magazine and turn the cover to the first page, you feel as though the yellow frame is a window that looks out to the world around you, revealing oddities and wonders of mankind and other creatures on planet Earth. Dazzling visuals and increasing geographical knowledge are two indispensable elements of the world famous magazine.

Nat Geo correspondents have reached nearly every corner of the world since the past 189 years, and have visited Kuwait several times. However, oil seems to be the only issue that has garnered their attention when it comes to our little corner of the world. Skimming through the Nat Geo online archive, I was disappointed to see that every time Kuwait was the subject of a full spread feature, inevitably wealth and oil drove the narrative.

See, for instance, the December 1952 edition. The magazine discussed in depth the post-oil period in a story titled “Boom Time in Kuwait: An Obscure Persian Gulf Sheikhdom, Enriched by Oil, Uses Its Wealth to Improve the Lot of All Its People”. The writer, Paul Edward Case, defined Kuwait as a small, unknown and affluent country after the discovery of oil.
More than 20 pages were dedicated to the political, social, economic and educational changes in the state, in addition to water production. In his description of Kuwaitis, he tells us that they are now wearing Western suits tailored in Baghdad using the finest British fabrics. The writer was surprised by the rapid growth and the ruler’s keenness to provide a secure life for Kuwaiti citizens.

Although this may be true, the National Geographic did not defy the trend of stereotypical images prevalent about Arab countries. Seventeen years later, another report on Kuwait was published in 1969 titled “Kuwait, Aladdin’s Lamp of the Middle East”. The article said this magic lamp fell into the hands of a man who survived a poor life since birth and suddenly came into wealth and power. This power led to the disappearance of Sindbad’s journeys, a nod to the vanishing shipbuilding heritage due to relying on modern means of transportation. (Actually, Aladdin came from northwest Africa and Sindbad was from Baghdad).

The writer claimed that once a Kuwaiti expressed his concerns about a change in morality, as he told him that he earlier used to work for money and now he only sits for it.  At the end of the report, he praised the simplicity of the Kuwaiti society and how any individual could meet the ruler of Kuwait.

‘Oil, the Dwindling Treasure’; ‘The Arab World, Inc: Who Are Those Oil-Rich Arabs’ and ‘What Are They Doing With All that Money?’ – these are all titles of feature stories on the oil wealth of Kuwait, as if Kuwait is only about money and oil barrels.
After the mid-1970, the National Geographic’s interest in the country declined, hence news on Aladdin’s lamp no longer attracted its readership, until Saddam Hussein, the late Iraqi president of “the water and oil oasis” Iraq invaded Kuwait, expanding its maritime borders overlooking the Arabian Gulf and doubling its oil production by taking over the oilfields. Here is Kuwaiti oil, once again, floating on the magazine’s surface for four consecutive years. Then the attention again faded gradually. The last appearance of Kuwait in the mag was a photograph of oil well fires by Steve McCurry in 2013, which was first published in the ’90s after the Gulf War.

Where are the real people of Kuwait in all this? Nat Geo correspondents may have had trouble breaking into the walls of privacy of Kuwaiti families, but may not have been interested in attempting this from the ground up. Those familiar with documentaries by foreign travelers on Kuwait during the same era and the pre-oil period understand that the Kuwaiti society is more open than today to speak and comply with photographers’ lenses.

On the other hand, it is unjust to accuse the National Geographic of superficiality and hidden agendas. The image of Arabs in general at that time in the West was not complete due to a lack of communication. Moreover, rich Arab countries made no efforts to clarify and correct the fallacies of racism. The preoccupation with luxury and the abandonment of cultural heritage came at the expense of enriching art and the international media.

Over the last year, two Western journalists texted me asking for some information about Kuwait, which coincided with local crises. Bad news sometimes is good news! Today, in the midst of world conflicts and media wars, the deformation of the Arab image is vast. Arab governments and media have a great responsibility to address them by focusing on the human being and drawing a new, more credible image.

Sadu as a way of life 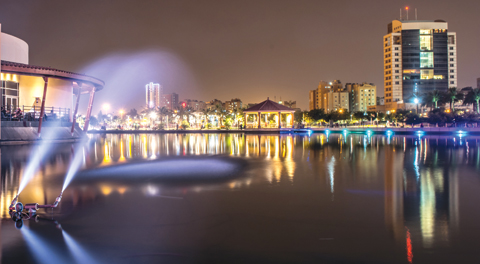 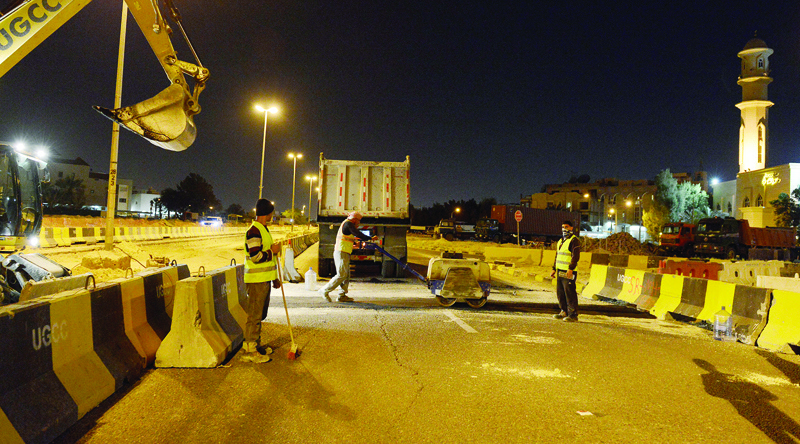 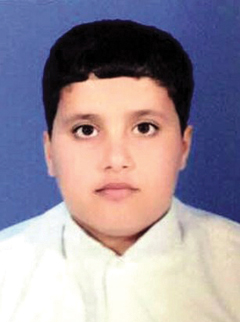