Half Kuwaiti, what exactly does this mean? In essence this means I have one foreign parent and one Kuwaiti parent, but to me it means much more. Growing up, I often questioned the notion that I shared two ethnicities and identities as a whole. I’ve grown up in Kuwait and spent the better part of my life here, but am I really part of the culture or the youth here?
This conflict of identity first arose when I was six. I was at school and I was told that I had no right to the Kuwaiti culture, as my mother was Kuwaiti and not my father. I shocked and confused, now at the age of 17 that shock still resonates within me, like a death. How could someone tell me what I could and could not be at such a young age?

It helped shape my view of society and life from the most fragile of years. How is it that a half Kuwaiti who has a Kuwaiti father was better than me and deserved more rights and recognition? How is it that a country so open and genuine could limit and bondage its women from passing their rights onto their children?

Not only do I consider myself Kuwaiti, but I consider Kuwait my home, no matter how many times I’m told that it is not. It begs the question of why the over 6,000 children of Kuwaiti mothers and foreign fathers are still not recognized in a country so modern and known for its humanitarian causes. I say humanity should start at home.

I put forward a simple message of acceptance by all Kuwaitis alike, by the government and by the very foundations of our society. Pillars of which are dear to my heart. I hope that more women such as those within the majlis come forward in fervent support of female rights.

In total, approximately 6,000 children are stated to be half Kuwaiti by the Ministry of Interior. The ministry of youth affairs has often been questioned about the rights of children born to Kuwaiti mothers, many of whom have been divorced by their husbands and left destitute. This not only impacts the lives of these women and their children, but impacts the way in which these children view Kuwait as a whole. The constitution states equality among citizens in obligations and rights, this is further reaffirmed by article 9 which states ‘the family is the foundation of society; its mainstays are religion, morals and the love of country. The law shall preserve its entity, shall strengthen its bonds and shall, under aegis, protect mothers and infants’. How is it that the constitution reiterates the calls of many Kuwaiti women, but no change is seen?

Article 8 of the Kuwait constitution states ‘The State shall preserve the pillars of society and shall guarantee security, tranquility and equal opportunity to all citizens’.

This is contradictory to the current restraints placed on Kuwaiti women. Kuwaiti women also outnumber Kuwaiti men by approximately 3 percent as stated by the last Kuwaiti census by the Central Statistical Bureau. Restrictive and unclear laws on nationalization and citizenship further reduce the rights of women and their children in Kuwait.

The nationalization law of 1959 is arguably outdated, it states ‘A child born to a Kuwait father irrespective of the place of birth is a Kuwaiti citizen’. While in some cases children of Kuwaiti mothers have been able to get benefits such as educational scholarships to go abroad. Laws to aid such children such as the 2017 update of the labor law states ‘Children of Kuwaiti mothers will have labor preferences and right to both public and private sector jobs equal to that of Kuwaitis’.
Although new proposal have been put forward by politicians such as Safaa Al Hashem, children of foreign fathers and Kuwaiti mothers remain marginalized and disenfranchised. New attempts must be made to amend and develop laws for half-Kuwaiti children. In contrast with other GCC members such as the UAE, who as of 2012 gave women the right to pass their nationality to their children upon the age of 18. As a leader of humanitarian efforts on the global stage, with a vast and developing economy shouldn’t this issue be given priority?

Parliamentarians such as Safaa Al Hashem and Nabeel al-Fadhel have been ardent supporters of women’s rights within Kuwait. Both have been prominent figures within this debate. Hashem known for her often direct comments on male superiority has often baulked at the notion of women being inferior by law and practice. The constant residency renewal faced by many children of Kuwaiti mothers and foreign fathers is a further point of controversy and hypocrisy.

By law children of Kuwaiti mothers are to be treated as Kuwaiti citizens until the age of 21 but in actuality many are seen as complete foreigners. Nevertheless the vast majority of these children have lived in Kuwait all their lives and know nothing else.

Is patriotism only for those of Kuwaiti fathers? Is acceptance not a human right? How long will we allow the suffering socially of these children to continue? Nonetheless, many children of Kuwaiti women whose fathers have divorced their mothers remain without recognition from then government, although in breach of the Nationality Law in place.

Recognition is no longer a point of necessity for myself and the many half-Kuwaitis in my situation that I know, but acceptance most certainly is. Ironically, colleagues of mine who have Kuwaiti fathers and foreign mothers often face the same dilemma of fitting in within Kuwaiti society. They face the same ethnocentrism and segregation. I ask when will it be acceptable to be who we are and how we were created? Kuwait is my home and my country as much as it may be someone’s with a Kuwaiti father and that cannot be discredited. 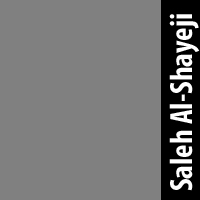 Not security, for heaven’s sake